Why Tamarac for Business?
13
page-template-default,page,page-id-13,page-child,parent-pageid-11,central-core-1.0.1,ajax_updown_fade,page_not_loaded,

Why Tamarac for Business?

Tamarac is a business-friendly, vibrant, and growing South Florida community with exceptional amenities and quality of life. Our population is multicultural, multi-generational at the heart of the Miami-Fort Lauderdale metro area of 6 million people.

Tamarac is a vibrant and growing South Florida community situated in the heart of Broward County between the Florida Everglades and the Atlantic Ocean, just moments away from three world-ranked airports and seaports and easy access to three major highways.  We are a multicultural, multi-generational thriving community in a metro area of 6 million people with an exceptional quality of life in a sunny, warm climate.

Tamarac’s residential population has grown by 19% in the last decade as part of South Florida’s regional population surge. Originally a retirement community, Tamarac’s demographics are quickly changing.  As new families move in, the population is becoming younger and median incomes are rising.

The City is investing in an expanded fiber optic network for greater connectivity and smart infrastructure, as well as our recreation infrastructure including new parks, aquatic facilities and upgraded amenities throughout the city.  Tamarac is home to two world-class golf courses, including City-owned Colony West Golf Club, which through public-private partnership recently opened a new golf clubhouse, restaurant and event center with an adjacent new hotel opening soon.

Why Tamarac?  Tamarac is committed to excellence, always.  It is our mission to make a difference and to achieve results.  We are a financially stable, resilient and business-friendly community with a vision for the future and opportunities for growth.  This is why businesses and investors realize that for Tamarac, the time is now. 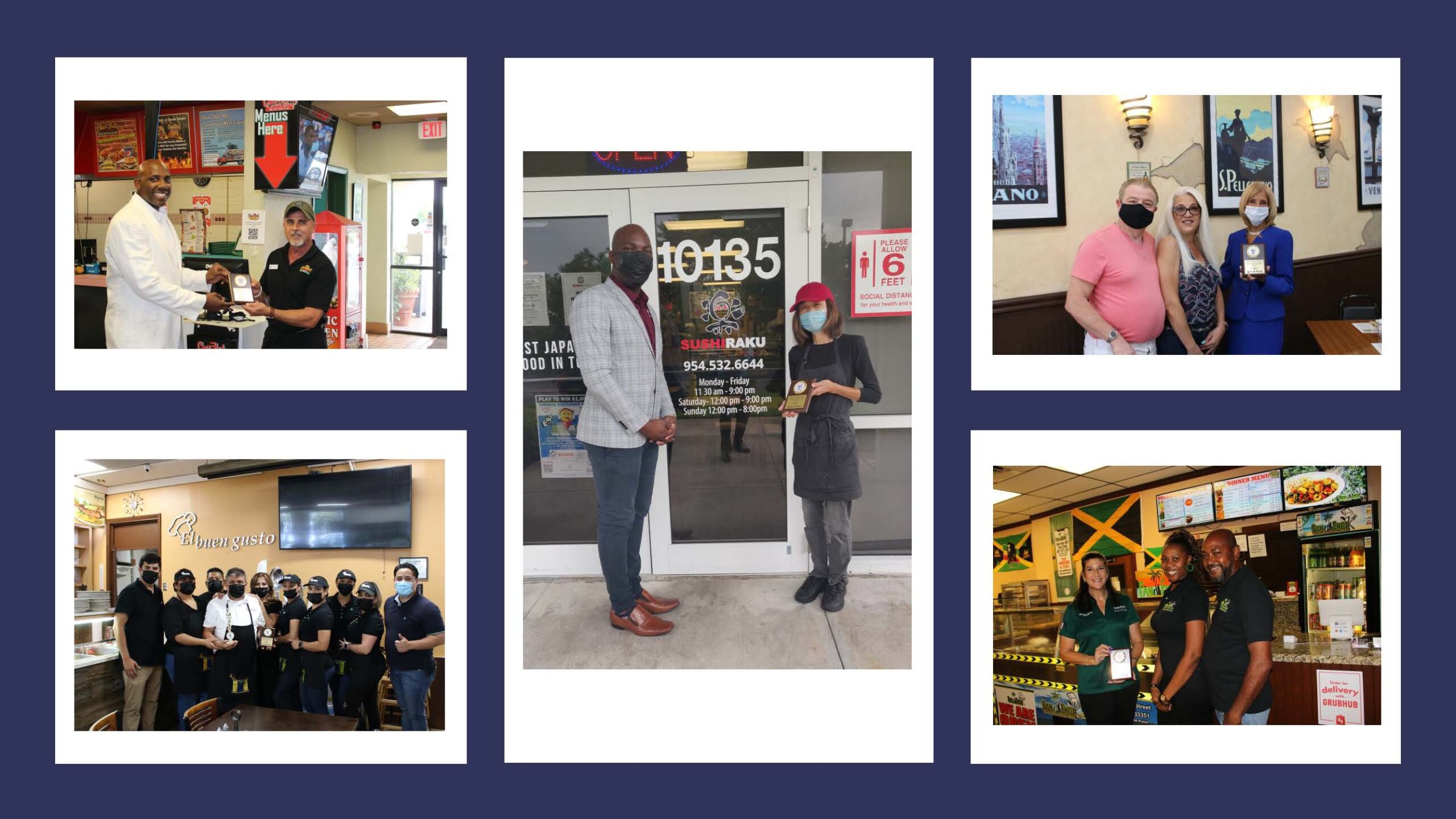 Presentation of awards to business owners by Tamarac’s elected officials